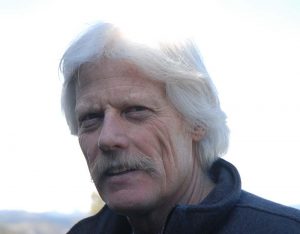 Craig Tennant, OPA (b. 1946) grew up in New Jersey and began his early art training in 1967 with Grey Advertising in New York. Starting in the mat room he quickly moved to mechanicals, then was made the Assistant Art Director for the Kool Aid account.

In 1970, he joined the staff of illustrators at BBD&O working on major accounts including Campbell`s Soup and Dodge Chrysler for national television ads. His magazine ad accounts consisted of Tarreyton, GE, Shaffer, and Pepsi (Generation). 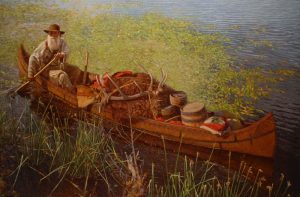 For the next twenty years, Craig illustrated on a freelance basis for clients including TV Guide, Mechanics Illustrated, Sports Illustrated, Yearly Reports, Field & Stream, Diet Coke, Mountain Dew, Old Milwaukee, and IBM. He was elected a member of the New York Society of Illustrators in 1980 and received their Silver Medal Award in 1981.

In 1989, Craig moved to Colorado to focus on western oil paintings. He started his own publishing business, Cheyenne Press, in 1994 to promote his work. The same year, he was voted 21st in the nation`s top print artists (by a U.S. Art Magazine survey of over 850 galleries nationwide.) In 1996, he was commissioned by the Park Meadows Shopping Resort to paint a Colorado scene for the Nordstrom entrance. Several of his works reside in The Anschutz Collection in Denver and the Eiteljorg Museum in Indianapolis.

His work has appeared on the covers of Western Lifestyles, Wild West, The Equine Image, Rocky Mountain Rider, Colorado Country Life, Muzzleloader and Beef magazines. He has been the subject of additional feature articles in Western Horseman, Art of the West, Western Lifestyles, Southwest Art, American Cowboy, US Art, InformArt and others. Four of his Native American paintings are shown in Crabtree Publishing’s Native Nations of North America series of children’s books published in 2001.

Tennant was honored with the Silver Award – Masters Division – OPA Eastern Regional November 2018, the Buyer’s Choice Award at the 2008 Prix de West Invitational for “A Distant Bugle,” and the Frederic Remington Painting Award in the same show in 2009. He received the People`s Choice Award at the 2000 and 2001 Stampede Western Invitational Art Exhibit & Sale. He also received the People`s Choice Award at the 2001, 2002, and 2004 Coors Western Art Exhibit and Sale held in Denver. He was voted Featured Artist in 2005, 2006, 2007 and 2014, and Artist of the Year in 2012 by The Rocky Mountain Elk Foundation, with Honorable Mention in most other years.

He is a Master Signature Member of Oil Painters of America and winner of their Best of Show, Fredericksburg Artist’s School Award, Neil Patterson Award, and Master Signature Gold Medal Award for both the Eastern and Western Regional Exhibitions. This year they honored him with the Impressionistic Award of Excellence in the Master Signature Division.

His oil paintings are sold from his Golden, CO studio to collectors on his private mailing list.